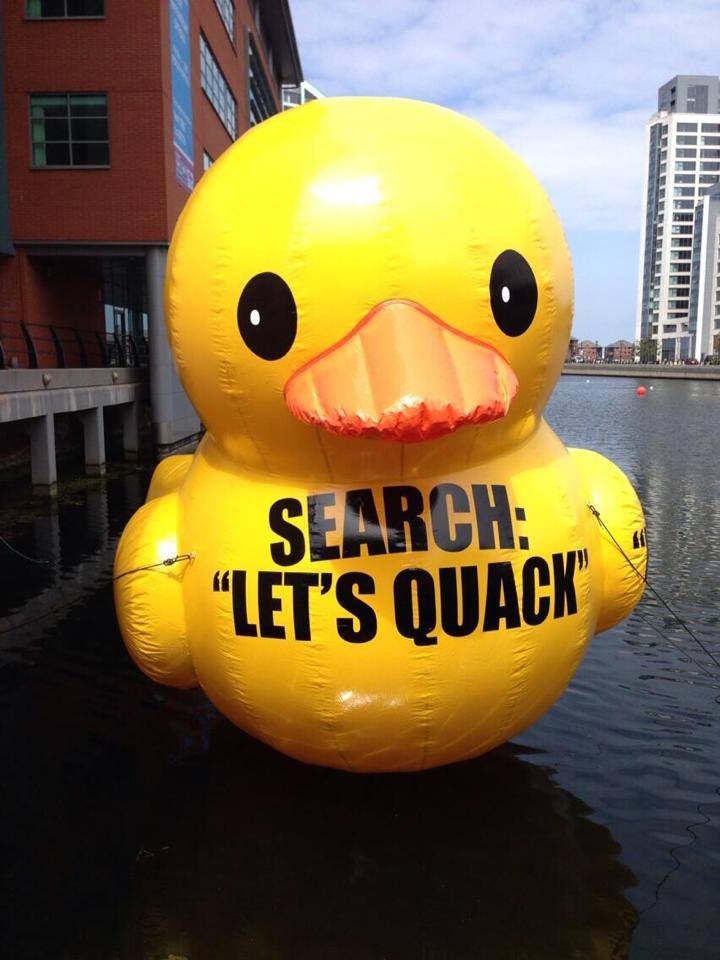 We are taking the concept of duck racing to another level – from the small, simple plastic toy ducks that are raced down local rivers we are developing 1000 super ducks,  3ft long and 3ft high to race across the Atlantic Ocean.

Each duck will be fitted with a Global Satellite Positioning tracker (GPS).  The GPS system will enable us to see which duck is winning the race. You will be kept in the loop via social media and the leader boards of the race will be regularly updated.

Each duck will be sponsored by a Company, Organisation, Celebrity, Sports Club or Individual who will choose a charity they want their duck to race for.

After 80 days the duck,  which has travelled the furthest,  will win up to 1 million  pounds for their chosen Charity – there will be 25 sub races in categories such as retailers, F1 teams, Golfers, Celebrities, Pop Stars, Holiday Companies, Banks, Football clubs, Footballers etc.

There will also be a Special Golden Duck Race for 10 exclusive ducks. These ducks will be named after people who have been nominated  by our followers because they have inspired others. Each duck will win at least 25k for the charity it is racing for.

We want to share the whole journey  from the making of the duck to “where’s the duck campaign” to a new duck app that will be given free to all followers of the duck race.

Look out for the Duck truck!

Sorry, no Tweets were found.

Happy New Year to all - The Duck race has had to go on hold for the time being but is not forgotten ... See MoreSee Less